Minka Sicklinger was born in the Netherlands in 1981 and raised in Australia, she began drawing as soon as she could pick up a pencil. After completing a Bachelors Degree in Fine Arts in Australia in 2003, drawing remained a hobby while she pursued a career in fashion styling for a number of years. Arriving in New York in 2007, illustration began to take over from her styling work and after an artistic breakthrough on a mountain top in Mallorca her new path was clear.  Working with pen and ink on paper she also lends her hand to tattooing, paying homage to our evolutionary selves when mankind first began to adorn and decorate with great ritual to mark our passage through life. She works out of Eastside Ink in New York. 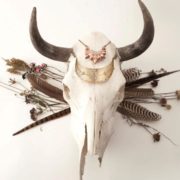 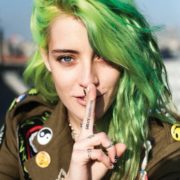